Skip to content
One: On the issue of linkage We often encounter the problem of customer interaction: Commonly there are on-site linkage lights (equipped with a big horn next to the detector, a searchlight next to the detector, there is an associated linkage immediately when illegal invasion), linkage Monitoring (After the alarm, the camera corresponding to the defense zone immediately turns to the alarm position, and the corresponding monitoring screen immediately after the alarm pops up on the monitor, maximizing the display of the alarm area screen), associating some barriers (control of the entrance and exit gates of the parking lot vehicles), and linkage count (product line count) and so on.

For these linkages, we will expand from two aspects:

The first kind of linkage method is also our most common, directly through the relay joints of dry joints, we call it: hard linkage;

The first type, which is the simplest and most direct, directly connects the alarm signal to the dome camera alarm access point or the light access point (usually the normally open access) through the relay at the detector end. This method is simple, convenient and direct. However, there is also a problem: the linkage of this alarm, because there is no alarm host, so the host can not control the opening and closing of the linkage. In other words, even if the host disarms, if the person triggers an alarm, it will also perform linkage.

Another way of hard linkage is to use a variety of relay modules (Bosch DSR-32C) on the control panel. The alarm switch signal output by the relay module is directly connected with the alarm signal access terminal of the DVR/matrix one by one. This is more convenient, but if this method requires the linkage of the equipment at the front of the site, it will be very unreasonable to pull more cables from the relay to the site.

Of course, for the above two methods, some manufacturers have now introduced a zone module with a field relay output on the bus. The emergence of this module is a good complement to the two shortcomings of hard linkage. It can not only realize the on-site linkage light, but also the linkage of the relay module can be turned on and off by the host computer room.

The second kind of linkage method is common through the software-level linkage of TCP/IP, 485, and other protocols. We call it: soft linkage.

Soft linkage is generally applicable to modern large-scale centralized management platform software. Often an integrated software platform can manage alarms, monitoring, building intercom, entrances and exits, and all weak systems. This generally requires us to provide corresponding interfaces. Protocols and SDK Development Kits. The commonly used protocol is the TCP/IP protocol, which explains to some extent the current trend of securityâ€”networking.

For long-distance transmission, how do we generally solve it?

Three: Regarding the Networking Operation Market Before we talk about network operation, let us give the simplest example: We are most familiar with telecommunications, mobile and China Unicom. What do they use to make money? Network, of course, can also be said to be a channel. With the Internet, with channels, you can earn calls and network fees at regular intervals to make profits.

It is also influenced by this idea that the alarm industry has also slowly transformed from the original single point (a company, a factory, a store) model to today's networked operations.

We know that the initial networking alarms were basically the responsibility of local bureaus and security service companies. With the promulgation of the Regulations on the Management of Security Services, private enterprises that now meet the conditions are slowly becoming involved in the networked alarm field, and the networked alarms are also increasing in size. There are generally the following modes of operation:

First: lease type: pre-equipment is provided free of charge. According to the nature of the user, the scope of protection will be charged monthly.

Second: billing type: pre-equipment needs to be purchased and used, according to the actual number of police charges.

Currently, networked operations have become increasingly sophisticated. Coupled with insurance companiesâ€™ insurance policies, operators are basically free from any risks. In the earlier period, channel outlets were rolled out, and monthly fees were charged on a monthly basis. There was no security situation and there was no need to worry about the situation. Only regular equipment maintenance was needed. An insurance company was responsible for the payment of stolen losses.

In China, video surveillance accounts for half of the security market, but in foreign countries, networked alarms are the highlights, so the future development of the burglar alarm market depends to a large extent on the development of the network alarm operation market!

Used for guide and ground wire traction, instead of anti-twist wire rope.It has the characteristics of light weight, good insulation and high strength, and the price is different from that of denimar traction rope, which can effectively reduce the loss of self. 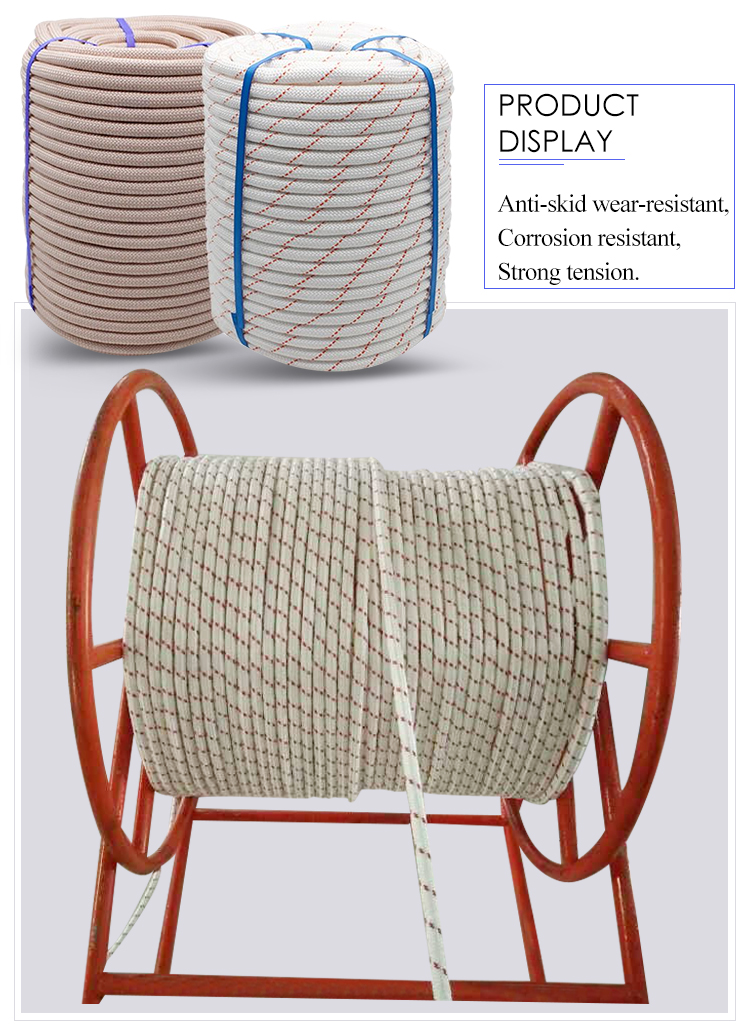 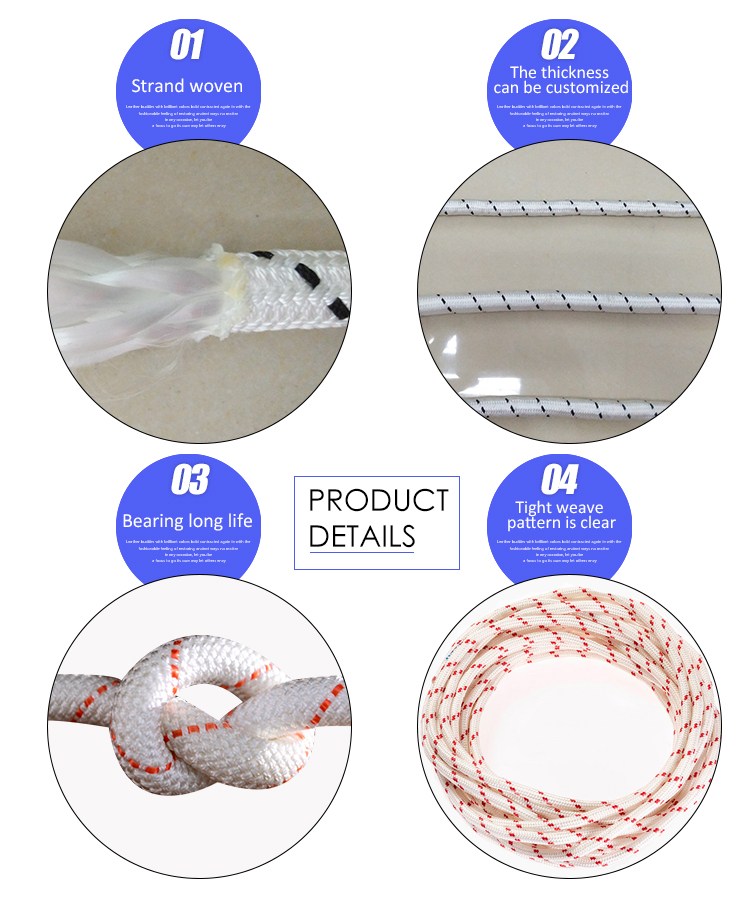